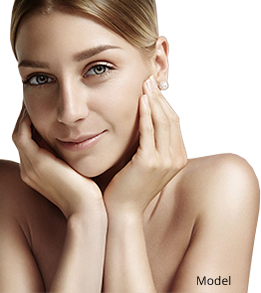 University of Arizona, Department of Biochemistry, Tucson, AZ. Bachelor of Science, August 1986 - May 1991.

University of Arizona, Department of Anthropology, Tucson, AZ. Bachelor of Arts, August 1986 - May 1991.

Diplomate of the American Board of Dermatology: August 15, 2005

HOW CAN WE HELP?
testimonials
raymonds, Tucson

"Clinic was very flexible in scheduling a procedure on the same day as my examination. They were also extremely responsive in analyzing a tissue sample within minutes of my appointment which permitted a diagnosis and treatment plan to be developed immediately." Read More

"I always think the office people are so professional, super sweet and prompt! I think this is a great office. Everything is always clear and Naomi is not only so thorough and kind she always lets me know everything I dont even have to ask follow up questions!" Read More

"This is a very well-run practice. Form the time I walked in until the time I left, I felt as if everyone was working towards the same goal- excellent patient care. Dr. Glassier was warm & provided an excellent education at the same time. As a new patient, I can see why it took a while to get an appointment. It was well-worth the wait. Thank you!" Read More

"Staff and Dr. Glaesser are wonderful. Although appointment ran 1/2 hour late, I would still recommend highly. Judging by the waiting room, it must be one of the best practices around." Read More

"I am very happy to be seen by Dr. Fiona Behr each year for a thorough check-up and recommend her care to anyone."
Thank you. Read More

"Staff very friendly and knowledgeable. Sweet girls. Dr. Glasser gave me more information than I had received by other doctors. Glad I came to this office." Read More

"Dr. Behr is always great, friendly, personable and yet very professional! I did not have to wait long and the staff at the front desk facilitated the processing that enabled this appointment to move smoothly." Read More

"I have been going to Ironwood for years. NEVER have had a bad experience. The front desk girls are kind, friendly, and most of all, efficient. I love Dr. Glaesser and her nurse. I have referred several people over the years. Carry on Ironwood, Carry on!" Read More

"Shawn was prompt and efficient as was Genevieve. Shawn examined me, burned off a particular issue on my chest that had been bothering me and completed a biopsy on one on my back. She was very thorough in her explanation. Thank you for your care of me!!" Read More

"Professional front office staff, very short wait time, less than 5 minutes in the waiting room and less than that for Dr Dixon. I will always recommend Ironwood Dermatology to friends and family." Read More

*Result may vary from person to person
Previous Next